The Angel of the Lord 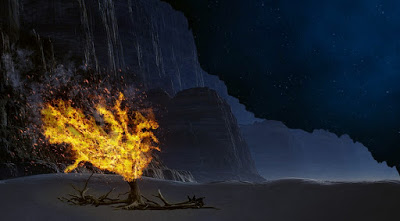 The Bible is the best commentary on the Bible. Consider these select Old Testament passages mentioning the angel of the Lord:2

Genesis 16:10, "And the angel of the Lord said unto her, I will multiply thy seed exceedingly, that it shall not be numbered for multitude."

Note that the angel of the Lord said "I will multiply thy seed". This is something that only God can do or proclaim.

Genesis 22:11-12, "And the angel of the Lord called unto him out of heaven, and said, Abraham, Abraham: and he said, Here am I. And he said, Lay not thine hand upon the lad, neither do thou any thing unto him: for now I know that thou fearest God, seeing thou hast not withheld thy son, thine only son from me."

Joshua 5:13-15 "13 And it came to pass, when Joshua was by Jericho, that he lifted up his eyes and looked, and, behold, there stood a man over against him with his sword drawn in his hand: and Joshua went unto him, and said unto him, Art thou for us, or for our adversaries? 14 And he said, Nay; but as captain of the host of the Lord am I now come. And Joshua fell on his face to the earth, and did worship, and said unto him, What saith my Lord unto his servant? 15 And the captain of the Lord's host said unto Joshua, Loose thy shoe from off thy foot; for the place whereon thou standest is holy. And Joshua did so."

In these verses an angel appears to Joshua and allows Joshua to worship him. Regular angels will not accept worship (see Revelation 22:8-9). This angel told Joshua the exact same thing the angel of the Lord told Moses, "Loose thy shoe from off thy foot; for the place whereon thou standest is holy." It is reasonable to infer that this angel is the angel of the Lord. It is interesting to note the angel's position in heaven is captain of the host - he is in charge of God's angelic army.

Exodus 23:20-23, "20 Behold, I send an Angel before thee, to keep thee in the way, and to bring thee into the place which I have prepared. 21 Beware of him, and obey his voice, provoke him not; for he will not pardon your transgressions: for my name is in him. 22 But if thou shalt indeed obey his voice, and do all that I speak; then I will be an enemy unto thine enemies, and an adversary unto thine adversaries. 23 For mine Angel shall go before thee, and bring thee in unto the Amorites, and the Hittites, and the Perizzites, and the Canaanites, the Hivites, and the Jebusites: and I will cut them off."

Here the angel of the Lord has the power to forgive transgressions (sins), but will not if He is provoked. He is a mighty warrior that will go before the people and lead them into victory over their enemies.

2 Kings 19:35, "And it came to pass that night, that the angel of the Lord went out, and smote in the camp of the Assyrians an hundred fourscore and five thousand [185,000]: and when they arose early in the morning, behold, they were all dead corpses."

Once again, the angel of the Lord is a mighty warrior and will protect the bloodline in which Jesus will be born from.

To specifically identify the angel of the Lord, consider the following verses:

Exodus 3:2, "And the angel of the Lord appeared unto him in a flame of fire out of the midst of a bush: and he looked, and, behold, the bush burned with fire, and the bush was not consumed."

Exodus 3:4, "And when the Lord saw that he turned aside to see, God called unto him out of the midst of the bush, and said, Moses, Moses. And he said, Here am I."

The Jews knew exactly what Jesus was saying - He was claiming to be God that spoke to Moses in Exodus. The Jews considered this blasphemous and picked up stones to cast at him (John 8:59).

Strong's H4397 defines angel (malak) "a messenger specifically of God..." In the instances above, and others, the angel of the Lord is the pre-incarnate appearance of Jesus Christ performing as His Father's messenger. The true Jesus of the Bible is much different than the hippie, weak Jesus portrayed in modern culture. The pre-incarnate Christ was a mighty warrior and captain of the angelic army. At his second coming there will be no doubt about the strength and resolve of Jesus.

Revelation 19:11-16, "11 And I saw heaven opened, and behold a white horse; and he that sat upon him was called Faithful and True, and in righteousness he doth judge and make war. 12 His eyes were as a flame of fire, and on his head were many crowns; and he had a name written, that no man knew, but he himself. 13 And he was clothed with a vesture dipped in blood: and his name is called The Word of God. 14 And the armies which were in heaven followed him upon white horses, clothed in fine linen, white and clean. 15 And out of his mouth goeth a sharp sword, that with it he should smite the nations: and he shall rule them with a rod of iron: and he treadeth the winepress of the fierceness and wrath of Almighty God. 16 And he hath on his vesture and on his thigh a name written, King Of Kings, And Lord Of Lords."

Would anyone in their right mind, want to stand in opposition to our Lord, Savior and Warrior King, Jesus Christ? Make sure you are saved or you will be standing against him on this day.